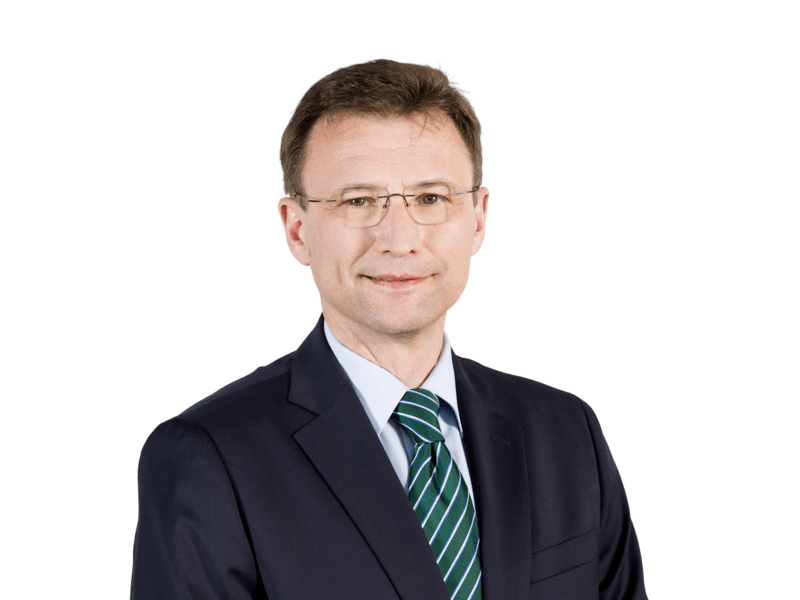 Lutz Bauriegel has many years’ experience in various patents fields at international level, e.g. in the drafting and defence of patent applications in the fields of chemistry and life sciences, above all for pharmaceutical agents, formulations and production processes. Other areas in which Lutz Bauriegel commands professional expertise include due diligence and freedom-to-operate analyses and expert opinions, patent portfolio management, as well as the planning and implementation of IP strategies for new and existing products, for example in the pharmaceuticals industry.

Lutz Bauriegel is keenly aware of the perspective within a patent department in industry and has in-depth practical experience and know-how, also, for example, in the field of employee inventions law, including compensation arrangements.

Studied Chemistry at Friedrich-Alexander University Erlangen-Nuremberg and graduated with Diploma in 1990. Doctorate studies in the group of Prof. H.J. Bestmann, receiving a doctorate degree in 1994. Diploma and doctorate thesis specializing in organic chemistry (natural products).

Legal training in German, European and international patent law from 1995 to 1999 in the patent department of a chemical and pharmaceutical company. Further training at the distance learning university in Hagen (2001 to 2002, civil and commercial law for patent attorneys) and in 2003 at the German Patent and Trademark Office and the Federal Patent Court in Munich.

From 1995 to 2010 in the patent department of the German subsidiary of Solvay S.A. of Brussels, a (then) diversified chemical and research-driven pharmaceutical group. Major field of responsibility in this function was on providing patent legal and strategic advice to teams in the field of research and development for innovator pharmaceutical products in several therapeutic areas, and in the field of selected marketed products, in particular in gastroenterologic indications.

From 2010 to 2016 in the patent department of Abbott's Established Pharmaceuticals Division, the branded generics and generics branch of US-based Abbott group. Main focus in this versatile role was on securing business interests in developing and marketing established and generic pharmaceutical products.