The European patent with unitary effect (unitary patent or UP for short) will be another option for protecting technical inventions in many participating EU member states at the beginning of 2023, complementing the European bundle patent (EP patent). Unitary patents make it possible to obtain patent protection in all EU member states participating in the new system by filing a single application with the EPO, making the procedure simpler and more cost-efficient for applicants. However, there will be changes from grant onwards, particularly with regard to validation, maintenance and jurisdiction.

The European Union consists of 27 member states. Currently, 17 EU member states have committed themselves to participate in the unitary patent protection from the beginning. 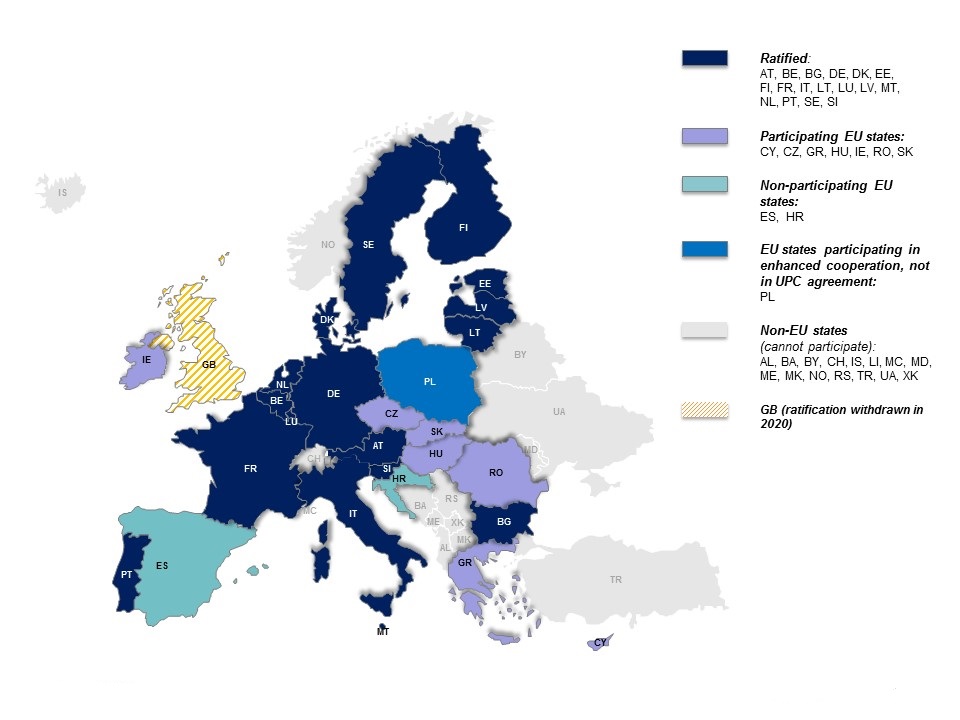 The Sunrise Period is a period of three months preceding the effective start of the system, which offers the possibility to exclude EP applications or granted EP patents from the jurisdiction of the Unified Patent Court by opting out before the start of its operation.

The opt-out refers to a request procedure by which a classical EP application or an EP patent is withdrawn from the jurisdiction of the future Unified Patent Court, so that the IP right remains subject to national jurisdiction in the member states of the EPC.

The option to opt out will be possible before the effective start of the system (sunrise period) and thereafter during a renewable transitional period of initially 7 years and must be filed directly with the Unified Patent Court.

Fee Calculator for the unitary patent

As a service for clients and interested parties, Eisenführ Speiser has developed its own fee calculator for the unitary patent. With this calculator, the (estimated) costs of a unitary patent can be quickly and easily compared with those of various validations of a bundle patent. Thus, the fee calculator is a great help in estimating the costs of individual validation strategies and enables the profitability of a unitary patent to be assessed. In the latest version of the fee calculator, the estimated costs are displayed graphically over the years, so that individual strategies can now be compared even more easily.

You can quickly and easily download the current version of Eisenführ Speiser's fee calculator for the unitary patent in our download area.

After decades of preparation, the Unified Patent Court (UPC) marks a milestone in the development of European law. In a single court procedure with effect for all participating EU member states, decisions will be taken on the infringement and validity not only of unitary patents. The new court will automatically have jurisdiction over the validated national parts of European patents filed after February 2007 (unless an opt-out is declared for these parts).

It is precisely this circumstance that makes the new court relevant for practice from the very beginning. Already on the day of entry into force (expected 1. April 2023.) infringement and nullity actions are expected before the Unified Patent Court.

Jurisdiction and structure of the Unified Patent Court

In first instance, the UPC is organised in a decentralised manner. In addition to its so-called central division, which is divided between Paris and Munich according to technical fields, local and regional divisions of the court are located in several participating member states. In the larger participating member states, there are several local divisions; in alliances of several smaller EU states, joint regional divisions are established. In Germany, the UPC has four local divisions, namely in Düsseldorf, Hamburg, Mannheim and Munich. These correspond to the currently most important locations for patent infringement proceedings in Germany.

The Court of Appeal, the second instance of the UPC, is established in Luxembourg. Both instances can refer legal questions of EU law to the European Court of Justice for a preliminary ruling.

The roadmap published by the UPC Preparatory Team provides information on the most important dates and stations of the Unified Patent Court in the coming months. The official entry into force of the UPC Agreement is currently scheduled for 1 April 2023 (as of 10.10.2022, source: unified-patent-court.org). You can access the full roadmap here.

We have compiled detailed answers to all important questions on the new patent system in the White Papers on the Unitary Patent (UP) and the Unified Patent Court (UPC).

In addition, the Eisenführ Speiser online seminar "Your path to the UP/UPC - Successful preparation for the new system" is available in our download area.

We will be happy to advise you on the optimal litigation strategy for your IP portfolio and on how to deal with any uncertainties and implications of the new unitary patent and Unified Patent Court. If you have any questions, please do not hesitate to contact your usual contact person.

The attorneys at Eisenführ Speiser combine technical and legal excellence. The following members of the firm will discuss your specific concerns with you and put together the right team to meet your needs.

»Very responsive and accommodating. Outshines the competition in the region«

»The mixed IP law firm is one of the very active German prosecution practices, but it is also very active in litigation« 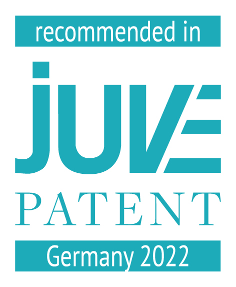 »Nominated as Law Firm of the Year for IP« 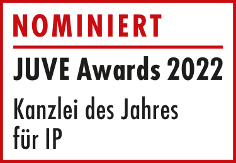